What is the difference between a BOV and a Diverter Valve? 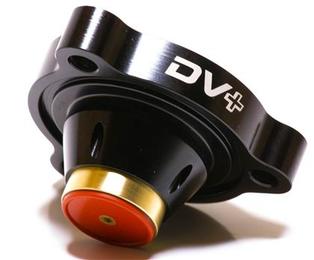 At quick glance one may think a BOV and DV are the same thing. Although they technically do replace the same part on the vehicle, they operate quite differently.

When your turbocharged Audi or Volkswagen is under throttle, the turbo is building boost that is being pushed into the engine. However, when you suddenly close the throttle whether during shifts there is no place for the air to go other than bouncing back towards the turbo. This causes the turbocharger to be under extreme stress from the compressed air hitting the spinning turbocharger fins not to mention an increased amount of lag as the car tries to build boost again under throttle.

By having a BOV/DV in your Audi/VW you are allowing that excess boost to go somewhere other than back towards the turbo.

In a car with a BOV the excess air is vented (blown off) to the atmosphere and this is the iconic “psssshhht” sound everyone loves. Now with a car equipped with a Diverter valve, the excess air rather than being vented is re-routed back into the intake tract which results in not as loud of sounds.

Of course most people tend to want to run a BOV in their car as it lets everyone around them know they are running a turbocharged car but are there any pros/cons to doing so on your Audi/VW?

On a car equipped with a Mass Air Flow sensor (MAF) which is found on pretty much most Audi/VW’s the cars are equipped with a DV from the factory for a reason. The purpose of the MAF is to meter the amount of air that is coming into the car and adjust fuel accordingly. So when you are not recirculating the air like in a DV and rather venting it into the atmopshere with a BOV, you may cause your car to run rich for a short period of time. Although this may be very brief, it can be enough to cause a CEL.